$600 checks for most people, help for entertainment venues, airlines and public transit. Here’s what else is in the $900 billion stimulus the House just passed.

J. Jules Enterprise > Blog > Business >
$600 checks for most people, help for entertainment venues, airlines and public transit. Here’s what else is in the $900 billion stimulus the House just passed.

The House passed a $900 billion coronavirus aid package on Monday, a breakthrough that comes after a weekend of negotiations and just on time for the winter holidays.

The Senate is expected to vote on the relief bill as early as Monday evening, ending eight months of political gridlock even as 10 million people remain unemployed and coronavirus cases and deaths hit grim milestones.

The relief package was attached to a $1.4 trillion government spending deal, which must be passed by 11:59 p.m. on Monday to avert a shutdown. It passed the House 359-53.

The government was set to run out of money on Friday, but Congress passed a last-minute short-term spending deal to keep it funded through the weekend so lawmakers could have more time to work on a stimulus package.

On Sunday evening, Congress extended funding through Monday while it wrote up the final text of the measure. Both Democrats and Republicans had to abandon some of their most controversial priorities that had made it nearly impossible to pass a new relief bill.

Republicans had for months insisted on spending no more than $500 billion, while Democrats demanded $2.2 trillion or more. The latest legislation is meant to keep the economy afloat for a few months as President-elect Joe Biden prepares to take office and have his team take the lead on controlling the pandemic.

“This is just the first step. This is an emergency,” Senate Minority Leader Chuck Schumer said during a press conference Sunday evening. “We need a second bill to continue dealing with the emergency and to start stimulating our economy so we get back to where we were. That will be job No. 1 in the new Biden administration.”

Congressional leaders used a $748 billion bill introduced last week by a bipartisan group of lawmakers as the basis for the most recent discussions, Schumer said on the Senate floor.

The bipartisan group, led by Democratic Sen. Joe Manchin of West Virginia, jump-started stimulus negotiations just after the November election and helped put pressure on congressional leaders to come to an agreement.

The group initially put together a $908 billion package but ended up splitting its bill into two to remove the more controversial portions, including funding for states and local governments, as well as liability protections for corporations and organizations sought by Senate Majority Leader Mitch McConnell.  Lawmakers said they’d revisit those controversial issues in 2021.

The areas of agreement, including help for struggling businesses, schools, and people who lost their jobs, made it into the final bill, a section-by-section summary of which was posted Monday afternoon.

Here’s what you need to know about what’s in the latest stimulus package, which was finalized at the 11th hour. The spending and stimulus together stretched 5,593 pages.

Read more: ‘He’s the majority-maker’: It’s Joe Manchin’s moment and he’s seizing it as the West Virginia Democrat becomes one of the most important people in the fast-approaching Biden era 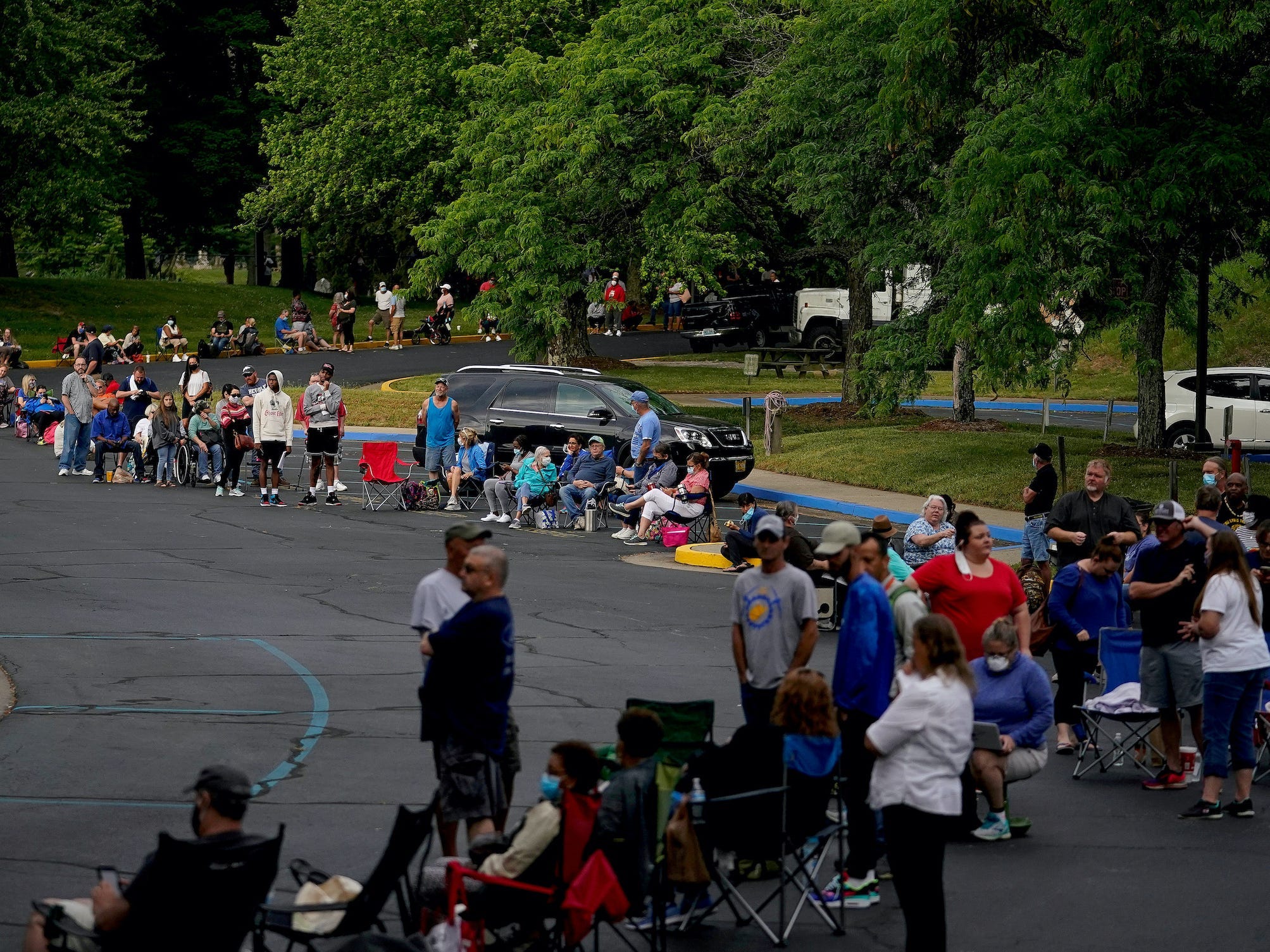 $600 in direct checks to people

The checks, which are popular with the public, are half the $1,200 round approved under the $2 trillion CARES Act President Donald Trump signed into law in March. Under the latest stimulus package, a family would receive $600 per adult and $600 per child. People making more than $75,000 would receive a lower amount of money, and people who make more than $99,000 would not get a check.

Democrats led by Sen. Bernie Sanders, a Vermont independent, as well as GOP Sen. Josh Hawley from Missouri, pushed for another round of direct checks to be included in the final package. Trump has called for even larger checks.

These payments would cost the federal government roughly $166 billion once all the payments have gone out in 2021, according to a summary document provided to Insider by Democratic aides.

Under the bill, people who are unemployed would get an extra $300 a week for 11 weeks on top of their jobless benefits. Those payments could start going out as early as December 27 in some states and would extend through March 14.

The $2 trillion CARES Act from March temporarily added a $600 weekly increase to state unemployment payouts. It expired at the end of July. Some people continued to receive a $300-a-week payment boost through an executive order Trump signed in August, but that money has since run out. The package set for a vote this week won’t make the payments retroactive.

As part of the deal, Congress will renew the Pandemic Unemployment Assistance program for gig workers to receive unemployment benefits.

$284 billion in loans for small businesses

The bill would revive the Paycheck Protection Program, a fund that lets small businesses borrow forgivable loans as long as they pay their workers. Congress already allocated $670 billion to the PPP, but the program expired in August.

Music venues, independent movie theaters, and cultural institutions, which had to shut down during the pandemic, will receive $15 billion in economic relief.

A bipartisan group of lawmakers previously pushed for a $10 billion grant program for music venues called the Save Our Stages Act, and it was included in the $2.2 billion stimulus package called the HEROES Act that the Democratic-controlled House passed in October. 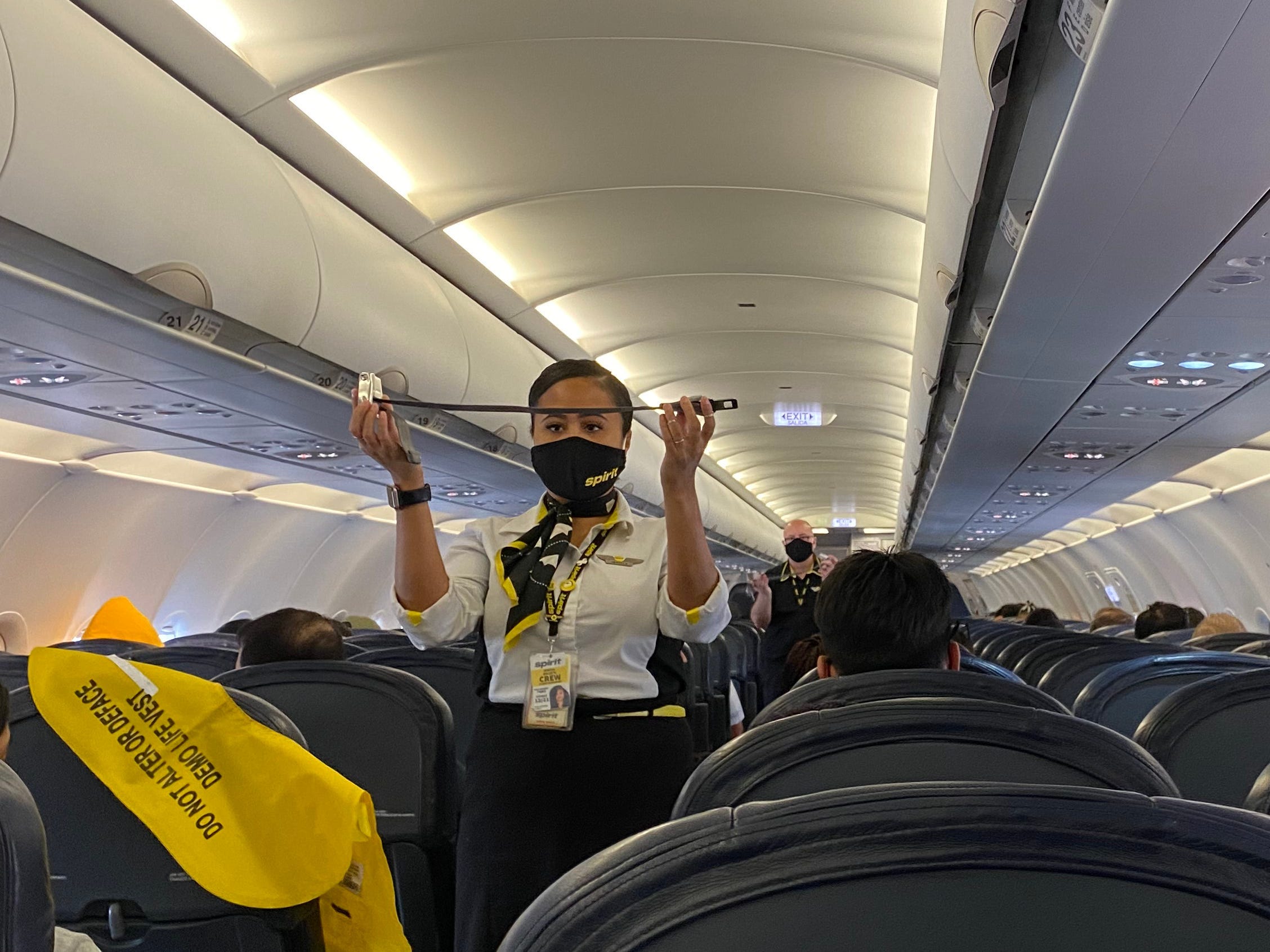 The package includes $15 billion in aid to the airline sector so that workers can continue to get paid.

Airline-passenger volumes fell 96% this year as the pandemic grounded travel and kept people at home, according to Airlines for America, which represents the industry.

“Carriers have been forced to cut flights and currently are burning $180 million in cash every day just to stay in operation,” Airlines for America President and CEO Nicholas Calio said in a news release last week.

Another $14 billion would go toward aiding public-transportation agencies, including those that run buses and trains. The money is meant to help those agencies avoid making “draconian cuts” that would affect communities of color and low-income earners the most.

Hospitals, doctors, and clinics would get $3 billion to help them with the costs of fighting the virus and provide relief from their financial losses.

The new stimulus deal would also provide $22 billion to help states test and track down people with the coronavirus and $9 billion to help them distribute the vaccine to their residents. The Food and Drug Administration has approved two vaccines under emergency authorization and people started getting shots last week.

The stimulus gives schools $82 billion to help them reopen safely by paying for protective equipment, plastic barriers, ventilation, or additional construction. The money could also be used to provide computers to students for virtual learning.

Of the total, $22.7 billion would go to colleges and universities.

The stimulus package includes $13 billion for food assistance and $25 billion to help people pay their rent. It will also suspend evictions through January.

An eviction moratorium is otherwise set to lapse on December 31, and up to 40 million people are at risk of losing their homes in the coming months.

Democrats and Republicans agreed to put aside their sticking points until early next year.

Republicans want to revisit liability laws in 2021 to protect businesses, hospitals, schools, and other organizations from facing coronavirus-related lawsuits. All Democrats but Manchin have opposed the new protections Republicans proposed, even though dozens of states have implemented similar laws or orders.

Democrats want state and local governments to get more funding in order to prevent layoffs of teachers, firefighters, and others. Many Republicans — though not all — are worried states will use the money to plug mismanaged budgets.

McConnell offered last week to set aside liability protections if Democrats agreed to abandon their push for state and local funding. Though Democrats initially turned him down, many soon took the deal rather than further delay other economic aid.

Democratic Sen. Tim. Kaine of Virginia told reporters this week he was “disappointed” that the funds for state and local aid weren’t included but said Congress had more time.

Congress did agree to extend the deadline for the unspent state and local money from the CARES Act so that localities had another year to use the funds.

Read more: Mitch McConnell held up a stimulus deal for months over liability protections for businesses. Here are the biggest lobbyists and donors who’ve influenced his ‘hard red line.’

Joseph Zeballos-Roig contributed to this reporting.